I am a previous recipient of t 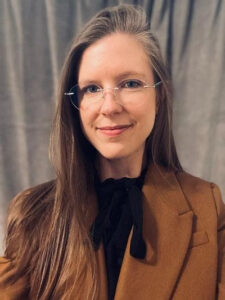 he Helena Wylde Swiny and Stuart Swiny Fellowship, which allowed me to spend two wonderful weeks at CAARI in the summer of 2017. During this time, I was able to conduct research at local institutions, visit local museums, meet researchers (from around the world) to get critical advice about my dissertation project, and get a sense of Cyprus as a place, both ancient and contemporary. Realizing just how much CAARI, Cyprus, and the local community had to offer, I returned to CAARI for two more weeks in the fall of 2017.

I subsequently completed my PhD in Art History at Northwestern University in 2018 with a dissertation entitled “Between Classicism and Orientalism: The Reception of Ancient Cypriot Sculpture, 1860-1900.” My last years of research and writing were supported by a Fulbright Research Grant to Berlin, Germany (where I was affiliated with the Staatliche Museen zu Berlin and Technische Universität) and a Kress Institutional Fellowship at the Institut national d’histoire de l’art in Paris, France.

Since then, I have continued to participate in conferences dedicated to Cypriot art and archaeology, and will have two articles coming out in 2023. I have also held two wonderful jobs that are adjacent to academia. The first of these was as a public programs manager at the American Library in Paris, where I worked from 2018-2021.

My current position, which I have held since March 2021, is associate director of the Center for Humanities Research at George Mason University, where I am also an affiliate faculty member in the department of history and art history. This role has allowed me to embrace my broad interest in the humanities, to gain project management and grant writing experience, and—importantly—to remain an active scholar in my academic field.

I am grateful for CAARI’s support at a critical time in my graduate studies, and for the wonderful network of scholars I belong to as a result of my time there. My experiences at CAARI were richly rewarding, both personally and professionally, and the impact of holding a Helena Wylde Swiny and Stuart Swiny Fellowship will be lifelong.

It’s not an exaggeration when I say that CAARI has changed my life, both professionally and personally. I first came to CAARI in 2001, when I was a graduate student, and little did I know then that a short research trip to work on my dissertation would lead me back to Cyprus. In the 2012-13 academic year, I was the senior Fulbright research fellow at CAARI, during which time I wrote my first monograph during many an hour spent in the old and then new CAARI library. My family was with me that year, and my wife and two sons found our time in Cyprus a transformative experience, and we left with precious memories and lifelong friendships. In 2015, I was a CAARI/CAORC fellow, and I spent a month at CAARI, traveling and exploring the island with my colleague and friend Tom Landvatter. During each experience, CAARI was my home away from home, and the directors, Tom, Andrew, Lindy, and the staff, Vathoulla, Fotoulla, and Katerina, were invaluable resources.

This is what stands out to me about CAARI: on the one hand, it is a world-class research center that attracts scholars and students from near and far, and on the other hand, it is a warm and welcoming home, the embodiment of philoxenia. CAARI is a national and international treasure, and your support will ensure that others will have life-changing experiences like mine.

My first stay at CAARI was in 2002 as a recipient of The Anita Cecil O’Donovan Grant to research the Cypriot material from Tell Arqa in North Lebanon. I was at the beginning of research work for my PhD and I was thrilled to benefit from a CAARI grant because not only the institute had a wonderful research library but it was also a hostel. This meant that I could stay for longer hours at the library without worrying about hours of operation or commute. And what a wonderful stay I had! I was coming from Paris where I was enrolled in the PhD program at the University of Paris I, Sorbonne, and was going afterward to Beirut, Lebanon to prepare for my wedding scheduled in October of that year. I came to CAARI with my suitcase and laptop, but I did carry from Paris a garment bag that held my wedding dress purchased in the City of Lights. I slept in Room 7 for one month, with my wedding dress hanging behind the door.

I was studying the largest collection of Cypriot pottery found in excavations and the countless days and half nights I spent in the library allowed me to finish the research on an entire chapter of my dissertation. As a novice in Cypriot ceramics back then, I was eager to learn as much as I can and talk to as many people as I can. The proximity of CAARI to museums was essential since I could easily visually verify in a matter of minutes the material I was reading about in books. I also had the chance to connect with many specialists who graciously offered their expertise in identifying my material. Robert Merrillees, Vathoulla Moustouki, and the late Diane Constantinides provided countless help and advice during my stay.

Since 2002, I became closely connected with CAARI and came back to stay at the institute regularly. CAARI offered me the venue and means to become a specialist in Cypriot Bronze Age pottery found in Lebanon. Because of this first grant, I was able to obtain two CAORC grants in 2013 and 2014 to work on this topic and I was also chosen for the Apollo Visiting Post-Doctoral Fellowship at Sydney University, Australia in 2014.

Today, twenty years after my first visit to CAARI, I appreciate the major influence that CAARI had on my professional trajectory: I have now published extensively on the Bronze Age Cypriot pottery found in Lebanon and the interconnections that Lebanon and Cyprus enjoyed during the second millennium BCE; I have lectured on this type of pottery in Europe, the Middle East, the United States, and Australia; I built lasting friendship and collegial connections during my residencies at CAARI….And all of this, I owe to February 1, 2002, the day I stepped over the entrance threshold at CAARI. 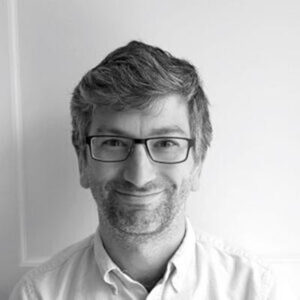 I was a CARRI fellow in 2009–2010 on a Fulbright fellowship, which facilitated my dissertation research on Red-on-Black style ceramics from the Middle Bronze Age.  Since completing my PhD in 2015 I have worked in cultural resource management (CRM) in the New York City area.  As a consulting archaeologist I work with land developers as they negotiate permitting processes that include archaeological review.  I also work with local non-profit organizations and governments who are responsible for the management of historic sites, such as cemeteries and historic house museums.  I currently manage a small CRM firm, where I work with a smart and talented team of archaeologists on projects that cover the great chronological depth and cultural diversity of the Northeastern United States.  I am also proud to be a CAARI board member and to contribute to the continued success of the institution however I can.

My connection to CAARI began as a field school student over twenty years ago with the Athienou Archaeological Project, which was then, and remains today, committed to training and scholarly exchange.  My year at CAARI on the Fulbright fellowship cemented my relationship to the institution and marked the beginning of my shift from a student to a professional archaeologist.  during this year I learned how to interact with the Cyprus Department of Antiquities, requesting access to collections for study and scientific testing.  I was aided in these requests by then Director of CAARI Dr. Tom Davis, who himself had recently left a career in CRM.

The most important thing I have gained, and have continued to gain, from time spent at CAARI are connections to a community of practicing archaeologists.  These colleagues, while all grounded in the study of the antiquity of Cyprus, are now practicing archaeology on a global scale.  They have roles in government regulatory agencies, as professors, as principal investigators in CRM, and as technical specialists who move between all of these worlds.  Archaeology has long been, and continues to become, a global community and as I move through my professional life it is the connections I made, and continue to make, at CAARI that I continually draw upon.

I arrived at CAARI in August 1999 for a student Fulbright, with a project to make a book of paintings of the island’s archaeological sites.  The departing fellow (Peter Van Alfen) very kindly made whiskey sours (my first) that we enjoyed on the balcony.  The taste of that drink after a very long flight, the sound of the August cicadas, the scent of the air, and the companionship and community that began that day set the stage for the next year and a half at CAARI during my Fulbright project, and has continued to influence my work and life. It’s hard to quantify the richness of human connection of my time there. CAARI provided both a home and a venue for meeting international and local scholars, archaeologists, and artists.

Between attending lectures, and conversations with a continuous stream of visiting scholars, as well as staff (especially Vathoulla and Phoutoulla) my Fulbright project developed and expanded, and many other opportunities arose:  to publish my books, exhibit my paintings and drawings, and to work on many excavations across the island and region (and to make halvah and coffee properly).  I published my first book (Archaeology Lives in Cyprus) with Hellenic Bank (facilitated by Rita Severis), and the same year Moufflon Publications brought out Cartoons of Cyprus.  In my cartoons, I played with archaeological ideas and problems I encountered in lectures, books, and in conversations with colleagues at CAARI.   Working at CAARI where I could access to the library at any time, and where many conversations and meetings happened by chance, was a unique and welcoming experience– especially for me, with a background in art rather than archaeology– and created a deep and lasting interest and devotion to the island.  My Fulbright year coincided with Louise Hitchcock’s, whose advice and scholarship have continued to influence my work.  Among visiting scholars I met at CAARI was John Franklin, who I later married.  Cyprus continues to be a place of connection– I drew many illustrations for John’s book Kinyras the Divine Lyre about the legendary king of Cyprus, and we’ve collaborated on a board game (still in development) The Stormy Seas of Cyprus.

I’m currently working on a graphic adaptation of Eric Cline’s 1177 BC The Year Civilization Collapsed, that will be published by Princeton University Press in 2024.  For this project I’ve drawn the familiar coastline of Cyprus many times, along with piles of copper ingots.  At the center, in my heart and mind, is CAARI.

Stay up to date by subscribing to the CAARI Newsletter!